Both Of Me: A Review 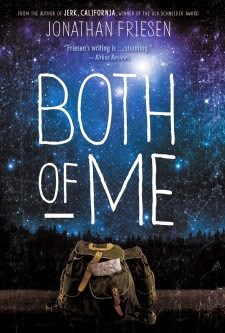 It was supposed to be just another flight, another escape into a foreign place where she could forget her past, forget her attachments. Until Clara found herself seated next to an alluring boy named Elias Phinn—a boy who seems to know secrets she has barely been able to admit to herself for years.

When her carry-on bag is accidentally switched with Elias’s identical pack, Clara uses the luggage tag to track down her things. At that address she discovers there is not one Elias Phinn, but two: the odd, paranoid, artistic, and often angry Elias she met on the plane, who lives in an imaginary world of his own making called Salem; and the kind, sweet, and soon irresistible Elias who greets her at the door, and who has no recollection of ever meeting Clara at all. As she learns of Elias’s dissociative identity disorder, and finds herself quickly entangled in both of Elias’s lives, Clara makes a decision that could change all of them forever. She is going to find out what the Salem Elias knows about her past, and how, even if it means playing along with his otherworldly quest. And she is going to find a way to keep the gentle Elias she’s beginning to love from ever disappearing again.

Both of me is about a girl named Clara who finds herself next Elias and is instantly pushed into an adventure. I really like how quickly this book was, I mean right after the prologue this book just pushes you in.  This is the second book I’ve read by Jonathan Friesen that his written about mental disabilities.

In some of the descriptions of this book it talks about this big mystical world that Elias is seeing. Sometimes it just doesn’t show in the book. And when it does I kind of just found it annoying.  Another thing sometimes I hated were the main characters sometimes Clara would be extremely whiney and ran away so many times, it was annoying.

Lastly I thought some parts of the book was going by pretty fast as in a good story telling way, then there was a going to fast what just happened sort of way. Like something would be explained and I’d like to know more then the book completely moves on. And there was the two Elias’s one who thinks of Salem then the regular Elias. The regular Elias part were extremely short, which I thought unfortunate.

Overall the story was entertaining and a really fast read.

I received this from the BookLook Bloggers program for my honest review. (booklookbloggers.com)

Popular posts from this blog 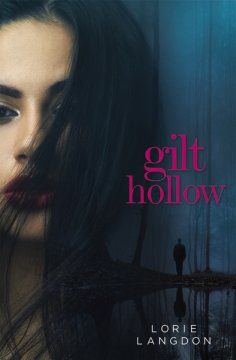 Willow Lamott’s best friend is a convicted killer, and no one in the small town of Gilt Hollow will let her forget it. Over four long years, she’s tried to fade into the background—but none of that matters when Ashton Keller comes striding into school, fresh out of juvie and fueled by revenge. The moment their eyes meet, Willow no longer feels invisible. Drawn to the vulnerability behind Ashton’s mask of rage, she sinks deeper into his sinister world and begins to question whether he’s a villain, a savior, or both.
Ashton thought he wanted vengeance, until Willow Lamott stepped back into his life. Now he longs to clear his name and become the person she sees in him. But the closer they get to uncovering the truth, the darker the secrets become, and Ashton wonders if his return to Gilt Hollow will destroy everyone he loves.
Review:
Gilt Hollow is a simple YA murder mystery. I can’t say it’s any more than that. The plot is simple a guy wants revenge on the people who put him in juvie fo…
Read more

The Cow Said Neigh!: A Review 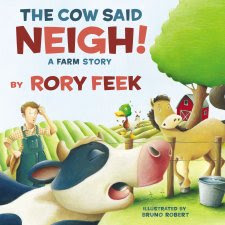 From New York Times bestseller Rory Feek, one half of the singing duo Joey+Rory, comes The Cow Said Neigh!, a fun and humorous tale of farm animals who wish they were like the other animals . . . which leads to a farm-full of confusion! This delightful book will be a family favorite for years to come.

The Cow Said Neigh! is the story of some peculiar farm animals who wish they were like other animals on the farm. The cow wants to run free like a horse, the sheep wants a snout like a pig, the dog wants to be inside like the cat. Soon the entire farm is in chaos!
With silly farm animal sounds, clever rhymes, and adorable art, The Cow Said Neigh! will have kids of all ages laughing out loud as they celebrate the unique strengths in each of us.
This delightful picture book is sure to be read time and time again.

The Cow Said Neigh! is a quick cute read. My niece and nephew had a few giggles when reading about their favorite animals not making the correct sound, even the farmer joins…
Read more 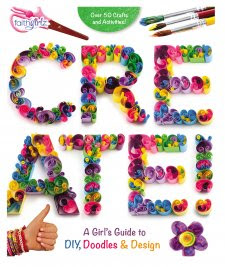 Ready, set, create! Whether you’re an aspiring artist or a just-starting-out doodler, Create! A Girl’s Guide to DIY, Doodles, and Design is the perfect book to inspire your creative side. From coloring pages to quick-and-easy crafts—like photo frames and duct-tape bags—and everything in between, this full-color book from the trusted Faithgirlz brand provides step-by-step guides to more than 50 fun and easy projects. Learn how to make your own DIY projects, create one-of-a-kind jewelry, and draw like a pro. Perfect for individual use or for sleepovers, birthday parties, and more, Create! is sure to bring out your inner artist.

Review:
Create! is a very simple crafts book, the book and the

crafts. Each project has one picture for

reference and then how many ever step instructions. I'm a very visual person so more pictures of how

to would have been a bit better. There were different sections which were nice. There was a craft