Showing posts from February, 2018
Show all

The Sky Is Yours: A Review 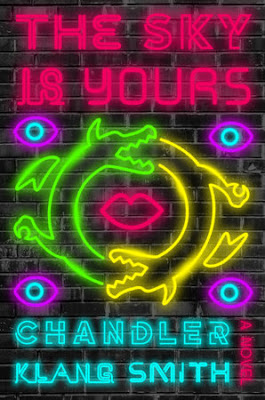 In the burned-out, futuristic city of Empire Island, three young people navigate a crumbling metropolis constantly under threat from a pair of dragons that circle the skies. When violence strikes, reality star Duncan Humphrey Ripple V, the spoiled scion of the metropolis’ last dynasty; Baroness Swan Lenore Dahlberg, his tempestuous, death-obsessed betrothed; and Abby, a feral beauty he discovered tossed out with the trash; are forced to flee everything they've ever known.
As they wander toward the scalded heart of the city, they face fire, conspiracy, mayhem, unholy drugs, dragon-worshippers, and the monsters lurking inside themselves. In this bombshell of a novel, Chandler Klang Smith has imagined an unimaginable world: scathingly clever and gorgeously strange, The Sky Is Yours is at once faraway and disturbingly familiar, its singular chaos grounded in the universal realities of love, family, and the deeply human desire to survive at all costs.